What Is Webflow? The Future Of Web Development? 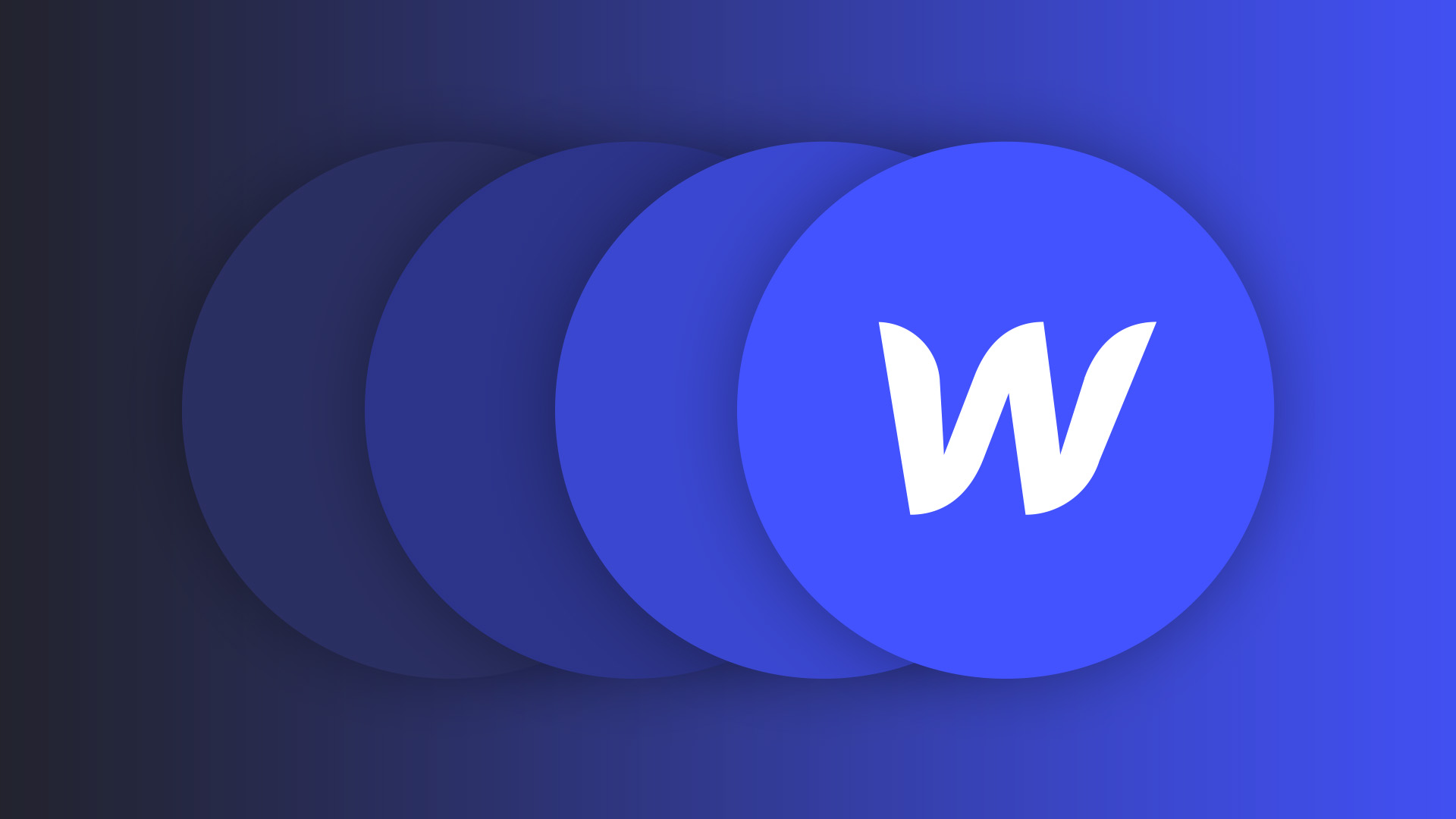 The current state of web development

Traditional web development has its benefits for specific cases, such as for websites that require complex processes, but for almost all businesses out there it has a fair share of issues that are not worth dealing with, such as:

The easier option would be to pick a website template to easily build a cost-effective website, but the site will look like it because many other businesses are probably using the same template as yours as well.

Your business isn’t a template, nor should your website. So what if you want to build a custom website exactly the way you want to present your business, but you rather don’t want to deal with the issues that come from traditional web development? The answer is Webflow.

Webflow is a visual website development platform that lets you build custom websites on a visual canvas from complete scratch without a single line of code, which means designers can also become developers. The web development platform has gained massive popularity over the last few years, and today millions of users from small businesses to large enterprises are using Webflow as their choice for hosting their website.

The company was founded in 2013 in San Francisco, California. Before the company’s founding, Webflow’s CEO Vlad Magdalin and his co-founder Sergie Magdalin started off as web design freelancers while in college, they were building websites for clients on a popular website builder platform called WordPress.

As they worked on more projects, the implementation of the design into WordPress became more difficult, for example, they had to find the right theme for the design they had, implement the code, work on bug fixes, do security maintenance, and all the other hurdles of web development at the time, so at some point, it became so much that they started thinking there must be another way to do it better. That's where the idea of Webflow got started.

The web development platform started off as a tool for freelancers, which gave designers the ability to convert their designs into a functioning website without any code, and it worked. In fact, it worked very well that it got the attention of Y Combinator along with other VC firms to invest $2.9 million and eventually a fund of $72 million from Accel into the company.

Fast forward to today, the company has managed to raise over $300 million in funding from major Venture Capital firms, which includes the most recent Series C funding of $150 million in 2021. Webflow is at a $4 billion valuation in 2022 with over 3.5 million users and over 400 members at the time of writing this post, so we probably can say that Webflow is now competing in the major leagues with WordPress, Wix, Squarespace, and few other platforms.

How does Webflow work?

Webflow is built in a way that allows sophisticated customization that web developers require, yet it also makes it very easy for clients who aren’t tech-savvy to make changes on the site effortlessly without relying on developers, unlike WordPress.

Even though Webflow has a drag-and-drop system similar to Wix, the level of customization that you can access for each component is far beyond what you get with other platforms that operate on fixed templates. The customization on Webflow behaves like coding in HTML, CSS, and Javascript, but without seeing the actual code by using the visual toolbar that lets you control the parameters of HTML and CSS parameters visually.

As you're building the website in the Designer, Webflow generates a clean, semantic code in the background that doesn’t slow down your website and doesn’t leave any security loopholes in the code that could get the site hacked (which is common with WordPress sites).

See the image below to get a sense of what Webflow Designer’s user interface looks like.

Say goodbye to the old days when you had to wait days, weeks or even months for developers to make changes on your website, even as simple as changing the text and images.

With the Webflow Editor, clients can make changes to their site without involving a developer, such as replacing an image, video, descriptions, logos, and so on. The editing process is the same as editing a word document, you simply hover the mouse cursor over any element and make the changes. See the Editor’s interface in the image below.

The main selling point of Webflow is that you can design pretty much any kind of website without any code and limitations that you may have come across with website templates from other platforms, so you can have a custom website exactly the way you want it to represent your business and differentiate it from competitors to earn the trust of new customers.

Edit a site without developers

As mentioned earlier, Webflow has two separate user interfaces called the Designer and the Editor. It allows developers to develop the designs and animations inside the Designer, and clients have their own simple interface called the Editor to make basic changes to their website content without needing a developer, it works like editing a word document, easy right?

Webflow websites require zero maintenance for a few reasons. The first reason is that the websites built on Webflow run on clean, semantic code, so you won’t have to worry about any security loopholes in the website code that attackers can take advantage of.

Secondly, Webflow doesn’t have a built-in plugin system like WordPress for a good reason, however, Webflow does integrate with third-party apps. The issue with plugins is they have to be updated specifically for WordPress and keep up with the updates of the WordPress platform, so if the plugins updates fall short, the plugins will start to leave vulnerabilities in the site code, which is very common with WordPress users that fail to maintain their site and getting their site hacked as a result.

Even if the plugins are up-to-date, they can still leave security loopholes on the site because their developers may have not implemented proper code. The same also goes for WordPress themes, where the code they’re built on can pose a security vulnerability, especially the third-party themes.

Websites that are built with Webflow have a much better performance compared to other website builder platforms because Webflow works with clean, semantic code that makes your site loads fast, whereas other platforms have their code full of bloatware that slows down a website significantly.

Another reason Webflow websites perform so well is that they have over 100+ data centers and servers worldwide that are powered by the industry-leading cloud computing platform of Amazon Web Services (AWS), which is also used by major companies like Facebook, LinkedIn, BBC Netflix, and more. Regardless of where your website visitors are coming from, the website will load fast anywhere on the globe, even during traffic spikes.

A huge and very important feature offered by Webflow is its own Content Management System (CMS). In case you don’t know what CMS is, it's basically like a database built on your website, and that database can be like a list of blog posts, portfolios, real estate listings, etc, so you get the idea, and every platform has its own CMS.

Webflow CMS is unique because not only do you get the benefit of the performance and security capabilities that the platform offers but it's also combined with powerful design tools where you can also customize the design of the content as well.

Another major benefit is that you can build an e-commerce store within the platform called Webflow Ecommerce. We like to point out that it's not as advanced as a big player like Shopify yet (which is built specifically for e-commerce websites), but we’ll detail out the comparison in another post.

A big reason why someone would choose to build an e-commerce store on Webflow Ecommerce (which is very capable) over Shopify is that they want to have the design and CMS customization that Webflow offers. Shopify does have nice templates, but they’re very saturated, however, if you were on Shopify, you’re still better off going with their templates rather than paying for the page builder apps that are offered on the Shopify App Marketplace, because they’re not optimized, which will make your site slow and buggy, but also they’re not really a full suite design tools.

Since Webflow offers a sophisticated level of design customization without code that perhaps no platform offers, it’ll come with a steeper learning curve if you were to build a professional-grade website, but that only applies to developers since clients won’t be handling the development part of the website and instead use Webflow’s Editor that is made for clients to make edits on their own without needing a developer after the site has been fully developed, which A LOT of companies that used to deal with the headaches of WordPress will appreciate.

In many cases, the learning curve isn’t relevant because companies would hire someone to build their website anyways regardless of what platform (ahem we build sites too). If you are a developer, you’ll be very familiar with the platform since it has an interface for controlling HTML and CSS properties. If you haven’t coded websites before, then you’re also covered because Webflow has its own free educational website called Webflow University, It has super high-quality tutorials that make learning the platform a breeze.

Webflow has two types of plans, one is the Site Plan which you’re familiar with, and the other is Workspace Plan (formerly Account Plan). The Workspace Plans basically let you build multiple websites under the same account, and they also have features that teams require such as collaboration, and permissions.

If you're a company that just hosts its own website and doesn’t have a large marketing team, then you don’t need to worry about paying for Workspace plans unless you’re working with multiple websites and collaborators.

You’ll be able to create a user login system on your custom Webflow website, where you can implement a free or paid membership(s), this way you don’t have to integrate a third-party software such as Memberstack, which streamlines your process under one platform and reduce the cost for using extra software. At the moment, Webflow Memberships is currently in public beta.

Logic is Webflow’s built-in Zapier-like automation/workflow feature. You can trigger specific actions based on conditions that you set on the site. For example, let's say you have a contact form, if someone contacts you for an inquiry, the email will be sent to the sales department, or if it's a customer inquiry, their email will be sent to customer service. That's just one example of what you can do with the power of Logic, there’ll be many more applications as it gets developed. Webflow’s Logic will be officially released sometime in 2022.

With DevLink, developers can now utilize the power of Webflow and connect it to their React (and more upcoming frameworks) projects. This will give developers infinitely more possibilities such as building custom applications and connecting to other systems. Developers can now apply for a developer preview, but the public launch date has not been released yet.

Is Webflow the future of web development? Despite the massive success of no-code platforms like Webflow, traditional web development is here to stay, however traditional web development will be used for a much smaller percentage of websites where extremely complex systems are required, usually for large enterprises. The technology of no-code, whether that's simple drag and drop platforms or more sophisticated ones like Webflow, are already and will be a lot more popular in the coming years, so yes Webflow or other no-code platforms will be part of the future.

Contact us today to get an audit of your website and learn how we can help your business generate results.