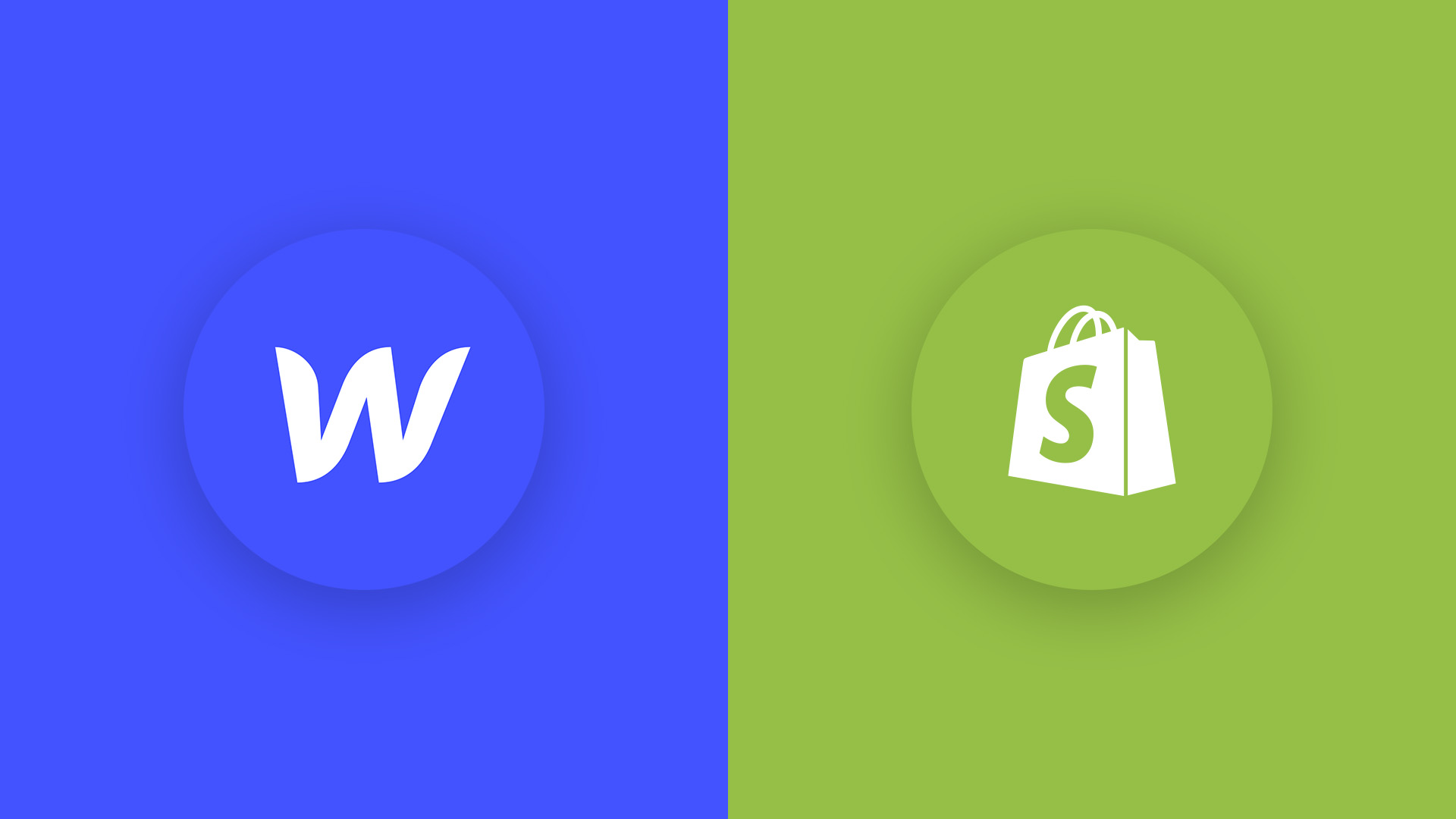 Shopify is the most popular ecommerce platform on the market, It allows you to build an online store without any technical knowledge. The company was founded in 2004 and today it has millions of merchants selling in over 170 countries through their platform, from small businesses to the largest brands in the world, such as GymShark, Sennheiser, Staples, Fitbit, Whole Foods, you name it.

Shopify is not just an ecommerce platform to sell products. Thanks to its large app marketplace, it can become a very powerful tool to manage all sorts of things such as social media, advertising campaigns, email marketing, customer support, manage a brick and mortar store, and everything in between.

Webflow is a web development platform to build fully custom websites from scratch without  knowing how to code. You have full control over the look of a website down to every pixel, animation and interaction. Similar to Shopify, Webflow also has a drag and drop functionality for placing elements on the canvas, but with a lot more customization.

When to use Shopify?

If you're looking to build just a strong ecommerce website that doesn't involve a lot of technical work, then pick Shopify. This ecommerce platform has been in the industry for a much longer time which gave it the time to integrate a ton of features that streamlined the entire online store process for business owners, so its very rich in ecommerce features but easy to use at the same time.

Overall, this platform makes it very easy for anyone to setup an online in just a few hours or even minutes of work, and it works for businesses from selling a single product to business with complex supply chains. ‍ ‍

When to use Webflow Ecommerce?

If the design of your website is very important for your brand and you don't want to make it look like a template was used, then pick Webflow. You'll be able to design the website from complete scratch exactly the way you want it to be without any coding, however this does have a deeper learning curve than Shopify. Webflow Ecommerce is great for boutique stores with small-medium catalog while having the ability to integrate other things alongside their ecommerce business on the same site. ‍ ‍

It came to a conclusion that Shopify is a full ecommerce platform built specifically for online stores, and Webflow has the ability to fully customize the look of a website with basic ecommerce features but not as advanced as Shopify. At the end of the day, it all boils down what factors are important to you, and hopefully you got a better idea of the difference between the two platforms.

Contact us today to get an audit of your website and learn how we can help your business generate results.